Todd Beamer (November 24, 1968 – September 11, 2001) was an American man aboard United Airlines Flight 93, which was hijacked and crashed as part of the September 11 attacks in 2001. He was one of the passengers who attempted to regain control of the aircraft from the hijackers. During the struggle, the Boeing 757 lost control and crashed into a field in Stonycreek Township near Shanksville, Pennsylvania, killing everyone on board, but saving the hijackers’ intended target, likely the U.S. Capitol and additional victims.

Todd: Hello… Operator…listen to me…I can’t speak very loud. – This is an emergency. I’m a passenger on a United flight to San Francisco..  We have a situation here…
Our plane has been hijacked…..can you understand me?

Lisa: (exhaling a deep breath to herself) I understand… Can the hijackers see you talking on the phone?

Lisa: Can you tell me how many hijackers are on the plane?

Todd: There are three that we know of.

Lisa: Can you see any weapons? What kind of weapons do they have?

Todd: Yes…. they don’t have guns….they have knives – they took over the plane with knives.

Lisa: Do you mean…like steak knives?

Todd: No, these are razor knives…like box cutters.

Lisa: Can you tell what country these people are from?

Todd: No…..I don’t know. They sound like they’re from the mid-east.

Lisa: Have they said what they want?

Todd: Someone announced from the cockpit that there was a bomb on board.  He said he was the captain and to stay in our seats and stay quiet.
He said that they were meeting these men’s demands and returning to the airport… It was very broken English, and… I’m telling you…it sounded fake!

Lisa: Ok sir, please give me your name.

Todd: My name is Todd Beamer.

Lisa: Ok Todd….my name is Lisa…Do you know your flight number? If you can’t remember, it’s on your ticket.

Lisa: Now Todd, can you try to tell me exactly what happened?

Todd: Two of the hijackers were sitting in first class near the cockpit.  A third one was sitting near the back of the coach section. The two up. front got into the cockpit somehow; there was shouting. The third hijacker said he had a bomb. It looks like a bomb. He’s got it tied to his waist with a red belt of some kind.

Lisa: So is the door to the cockpit open?

Todd: No, the hijackers shut it behind them.

Lisa: Has anyone been injured?

Todd: Yes, ..they…they killed one passenger sitting in first class. There’s been lots of shouting. We don’t know if the pilots are dead or alive. A flight attendant told me that the pilot and copilot had been forced from the cockpit and may have been wounded.

Lisa: Where is the 3rd hijacker now Todd?

Todd: He’s near the back of the plane. They forced most of the passengers into first class. There are fourteen of us here in the back. Five are flight attendants. He hasn’t noticed that I slipped into this pantry to get the phone. The guy with the bomb ordered us to sit on the floor in the rear of the plane……….oh Jesus.. Help!

Todd: Hello…..We’re going down….I think we’re going to crash……Wait – wait a minute. No, we’re leveling off….we’re ok. I think we may be turning around…..That’s it – we changed directions.  Do you hear me….we’re flying east again.

Lisa: Ok Todd…. What’s going on with the other passengers?

Todd: Everyone is… really scared. A few passengers with cell phones have made calls to relatives. A guy, Jeremy, was talking to his wife just before the hijacking started. She told him that hijackers had crashed two planes into the World Trade Center……Lisa is that true??

Lisa: Todd…..I have to tell you the truth…..it’s very bad.  The World Trade Center is gone. Both of the towers have been destroyed.

Lisa: A third plane was taken over by terrorists. It crashed into the Pentagon in Washington DC. Our country is under attack….and I’m afraid that your plane may be part of their plan.

Todd: Oh dear God. Dear God…….Lisa, will you do something for me?

Todd: I want you to call my wife and my kids for me and tell them what’s happened. Promise me you’ll call.. 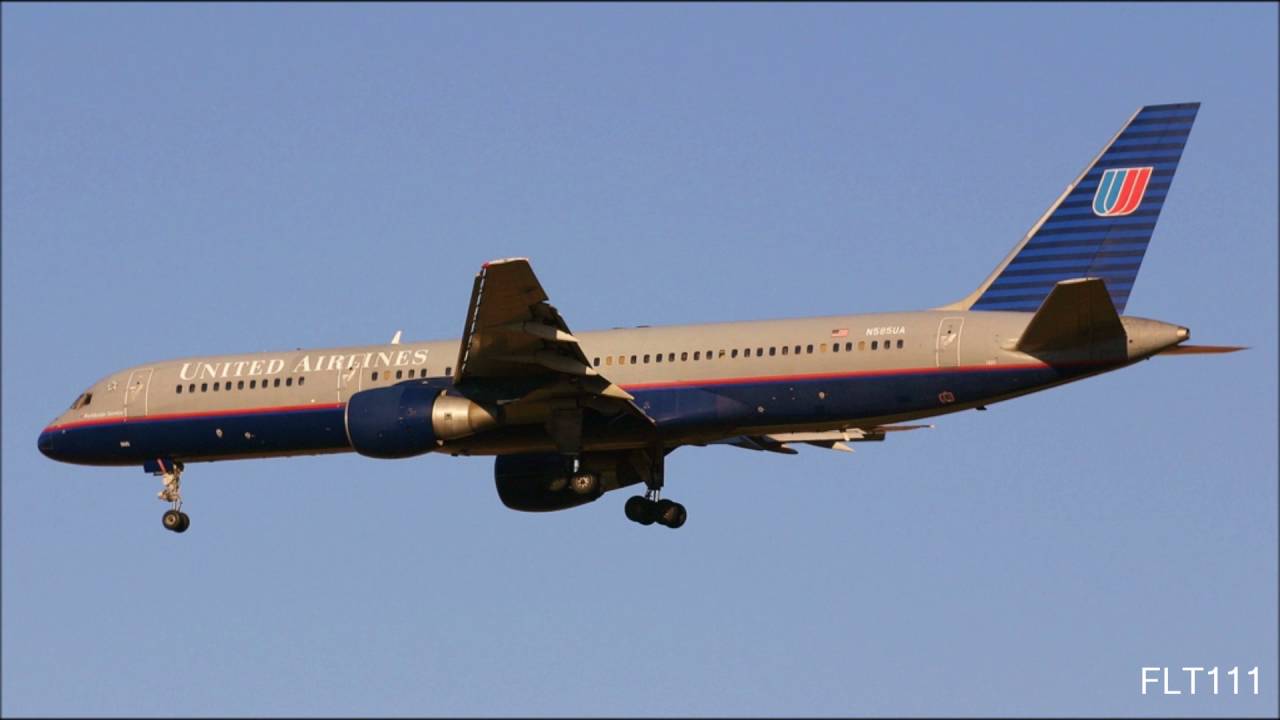 Todd: I’m going back to the group—if I can get back I will…

Lisa: Todd, leave this line open…are you still there?……

Lisa: (dials the phone..) Hello, FBI, my name is Lisa Jefferson, I’m a telephone supervisor for GTE. I need to report a terrorist hijacking of a United Airlines Flight 93….Yes I’ll hold.

Goodwin: Hello, this is Agent Goodwin.. I understand you have a hijacking situation?

Lisa: Yes sir, I’ve been talking with a passenger, a Todd Beamer, on Flight 93 who managed to get to an air phone unnoticed.

Goodwin: Where did this flight originate, and what was its destination?

Lisa: The flight left Newark New Jersey at 8 A.M. departing for San Francisco. The hijackers took over the plane shortly after takeoff, and several minutes later the plane changed course – it is now flying east.

Goodwin: Ms. Jefferson…I need to talk to someone aboard that plane. Can you get me thru to the planes phone?

Lisa: I still have that line open sir, I can patch you through on a conference call…hold a mo…..

Todd: Hello Lisa, Lisa are you there?

Lisa: Yes, I’m here. Todd, I made a call to the FBI, Agent Goodwin is on the line and will be talking to you as well.

Todd: The others all know that this isn’t your normal hijacking. Jeremy called his wife again on his cell phone. She told him more about the World Trade Center and all.
Goodwin: Hello Todd. This is Agent Goodwin with the FBI. We have been monitoring your flight. Your plane is on a course for Washington, DC. These terrorists sent two planes into the World Trade Center and one plane into the Pentagon. Our best guess is that they plan to fly your plane into either the White House or the United States Capital Building.

Lisa: Mr. Goodwin, how much time do they have before they get to Washington?

Goodwin: Not long ma’am. They changed course over Cleveland; they’re approaching Pittsburgh now. Washington may be twenty minutes away.

Todd: (breathing a little heavier) The plane seems to be changing directions just a little. It’s getting pretty rough up here. The plane is flying real erratic….We’re not going to make it out of here. Listen to me….I want you to hear this….I have talked with the others….we have decided we would not be pawns in these hijackers suicidal plot.

Lisa: Todd, what are you going to do?

Todd: We’ve hatched a plan. Four of us are going to rush the hijacker with the bomb. After we take him out, we’ll break into the cockpit. A stewardess is getting some boiling water to throw on the hijackers at the controls. We’ll get them….and we’ll take them out.

Todd: Would you pray with me?

They pray: Our father which art in Heaven
Hallowed be thy name,
Thy kingdom come, thy will be done
on earth as it is in heaven.
Give us this day our daily bread,
And forgive us our trespasses
As we forgive our trespassers,
And lead us not into temptation
But deliver us from evil
For thine is the kingdom, and the power, and the glory
Forever…..Amen
The Lord is my shepherd, I shall not want…
He makes me to lie down in green pastures
He leads me beside the still waters
He restores my soul
He leads me in paths of righteousness
for His name’s sake
Yea, though I walk through the valley of the shadow of death
I will fear no evil, for thou art with me….. 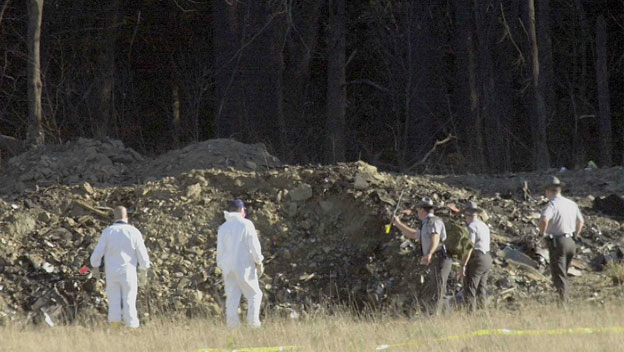 Interview with Lisa Jefferson, the operator who spoke with Todd Beamer on 9/11/2001.